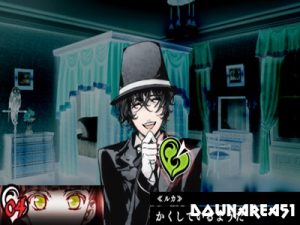 File Info
System : PSP
Best Emulator : PPSSPP
File Size : 995 MB ( 400 MB / Part )
Game Info
Released : 2011
Genre : Visual Novel
Language : Japanese
Intro
ARCANA FAMIGLIA LA STORIA ARCANA FAMIGLIA PSP ISO –  Arcana Famiglia is an organization which protects the island of Regalo. The Famiglia is made up of people who have made contracts with Arcana cards, and have received special abilities due to this. Mondo has decided to calls a tournament between arcana users and the winner will get his daughter and became the boss of arcana.. but his daughter Felicita decide to refuse this and want to choose her own path..
Cover Art

Hint : Click Continue to view the link
Still have problem downloading ? Jump here
If the Link is broken, Report it Here